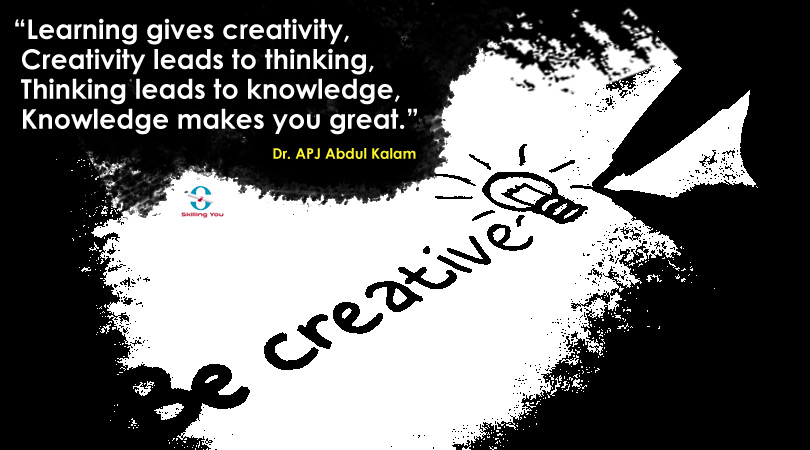 Is there an answer to the age-old question, “Is creativity an Art or Science?” Everything that ever was and that ever will be is creation. But what many people get entangled in is, what is creativity? Is it a science like the sort of Biology, psychology, physiology or a form of art? For all we know, it does not have a set of rules and facts. When the term creation was coined in the 17th century by Polish poet and theoretician of poetry, Maciej Kazimierz Sarbiewski, he mentioned, creativity is not visual. Come 2017, your screen now is someone’s creativity and is visible, so was Sarbiewski wrong? Certainly, what you have in front of your eyes is the outcome of creativity.

One dictionary defines creativity as “the ability to make new things or think of new ideas”. Science gives you tools to build and art lets you use yourself and everything else for something new.

Science is defined as the state of knowing. Knowledge is acquired from facts and proof. The study of the natural world on basis of facts is another definition. We learn science. We make our children learn science. A new invention or a new theory proposed by a future noble prize winner is taught via science. Science makes us aware of the happenings of the globe. What we know about creativity is it is creating something new. The outcome of creativity can be referred to as science. The Wright Brothers, The Chinese Han dynasty (Creators of the compass), Thomas Alva Edison, Charles Babbage, all of them had the same resources, the same science available to them as with any other person in their era, so why is it, that we remember only them? For instance, in football, why do we have a “panenka chip”? They had the same resources, studied in the same era, with the same tools, but what they had extra, was their ability to look beyond. There were many intelligent scholars during their time, but mere intelligence is not enough to be remembered forever after. As Albert Einstein put it, “Creativity is an intelligent mind having fun.” Mere knowledge and information about facts are not enough to think differently, to bring a change, to have a camaraderie with history.

Unlike science, art is completely independent of facts. Just the way creativity is independent of existing reality. You can’t see art just the way you can’t see what happens inside a creative mind is. Science is facts in front of us, creativity is not. Before his work is finished, nobody understands what an artist is doing, similarly, a creative mind can’t be read by ‘normal’ people. Art requires a person to think beyond the existing realities, creativity gives results to something never seen before. A creative mind, and an artistic mind have much in common.

Though creativity is so much art, it does have some attributes of science. The ability to think. The psychoanalysis behind the thinking is an important factor. A person can be motivated to think. We have brainstorming sessions. It does not have very specific and precise subdomains, creativity. Many people, never realize their potential to create, because they never needed to. Why wait for the need, when you know all the greatest creations of mankind were never needed. It’s the psychology that can be affected to motivate a person to think creatively. So many times we see professional sportspersons do something magical like playing a trick shot, or diving to catch a ball, or do something extraordinary to mesmerize us and the opponent. The fact is, these skills are much of art, but also they are their ability to play the sport. They are fully aware of their profession, the awareness comes from thorough practice and precision. The science behind the sport and their creative mind enable them to showcase something new in front of the world.

Thus, maybe not a lot of science, creativity is both art and science. Situations and the form of creativity are always different for various situations. It will not do justice to science if it is said creativity is only art and a creative mind is something with which a person is born. It will also depend on the perception of an individual, which varies for everyone. Though a lot of art, has elements of science in all, creativity is learning from the existing science and then working your brain to create something new out of it. It can’t do without art, but it also can’t do without science.