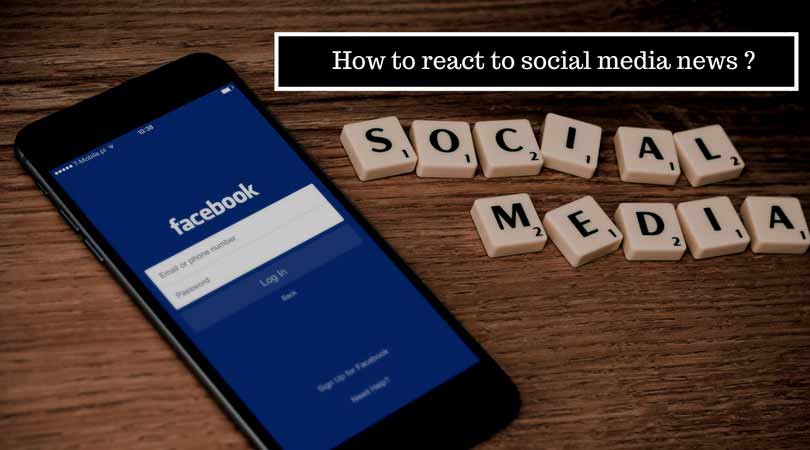 Social media has become an integral part of our daily lives. Smartphones have entered human life and become perhaps the most important technological invention made by man. Smartphones are probably second only to the internet. So much the spread of the internet and the social media that depends on it that many corporations like Facebook and Reliance JIO have even promoted low-cost devices to access the internet and internet connections at lower costs. All of this comes with the aim of promoting the use of the internet in daily life. One of the truest facts in the world right now is that the availability of the internet has made everybody’s life a whole lot easier.

It is important to realize that perhaps the biggest benefit that the internet has provided is that of social media. Many people would perhaps disagree to say that the internet has made other academic activities such as research much easier. For those who do not have access to grand libraries, it is much easier to do research now. However, for the current 21st-century generation, the biggest benefit has been social media and the grand opportunities to interact with people that it provides.

Let’s take a simple example of this: WhatsApp and Facebook. Studies have revealed that people are more likely to take in information from social media platforms such as these. In fact, so widespread is it, that many businesses take to promote themselves through social media, even more so on Facebook.

It is common to come across long forward messages on WhatsApp, which hand out health details or other things that person may need. A few months back, for example, a message did the circles on WhatsApp which held diet tips, claiming to be written by a top dietician who coached the weight loss for Anant Ambani, Mukesh Ambani’s son. Similarly, many home remedies also keep circulating, which people tend to accept without any question.

This culture of taking news on social media at face value can prove to be very disastrous. This last year has seen many videos and news articles going viral on Facebook and WhatsApp. In yet another example, let’s think back to the Gurmehar Kaur controversy or even the controversy over the food served to the defence troops or controversy over the Indian army’s alleged use of a Kashmiri man as a shield by tying him atop a vehicle.

These are all examples of small incidents that blew out of proportion merely due to widespread coverage on social media platforms. The terrible impacts it can have can be explained perfectly through the controversy involving Gurmehar Kaur.

Gurmehar Kaur was a student at Lady Shri Ram College. She was involved in a campaign, early 2017, against violence by the ABVP at the campus of Ramjas College. What started as a simple profile picture upload turned into a nightmare for her when a video of her from a few years back came to light. The video showed Gurmehar conveying the message of peace between India and Pakistan, citing that the governments of the two countries needed to work towards establishing peace between them. The video saw widespread criticism for her since many interpreted her as being anti-national, especially in light of the fact that her father was a martyr from the Indian Army. Gurmehar was made to suffer through severe humiliation and eventually forced to leave Delhi and go back to her hometown since she was reportedly threatened with rape and murder.

This is just one recent example. Many simple incidents have been made into huge issues merely due to the attention they attract on social media platforms.

As responsible and educated citizens of the world community, the solution to this problem is a rather obvious one, however, not so widely accepted. It is important for people to look into the true facts of a matter before taking it on as the words of truth. Authenticity is crucial, and therefore we must take the time to check for true value in anything that we come across before sending it forth.

One must remember the example of Gurmehar Kaur. A simple girl with a basic and genuine message was pushed into isolation due to extreme reactions and poor management.

After all, not everything that shines is gold.